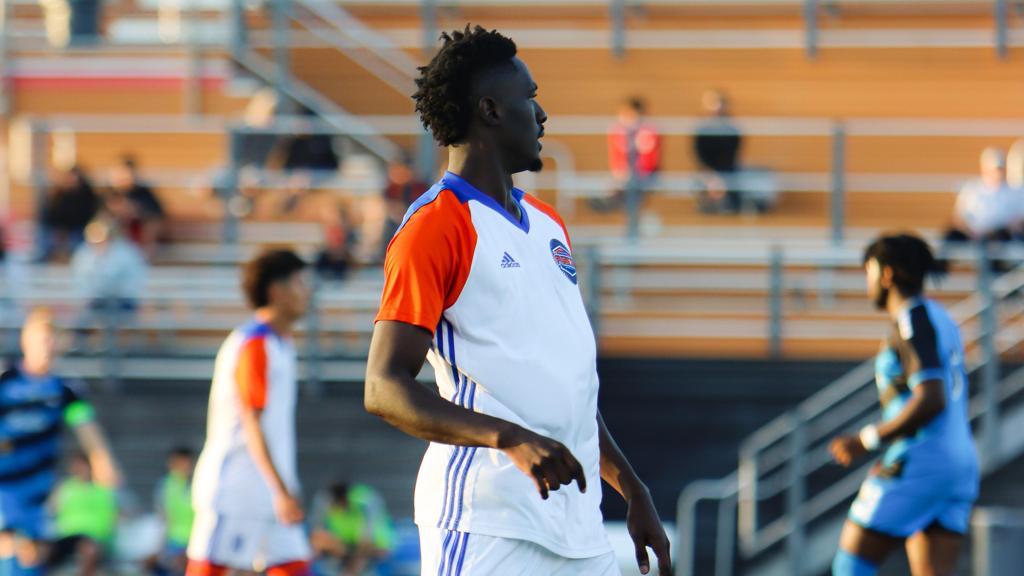 After a briefly cagey affair through the first 20 minutes, the match opened up in the 24th minute. The Syracuse and 2022 League Two Final MVP Nathaniel Opoku danced inside the 18-yard box around a trio of Indiana defenders before lacing a left-footed shot into the far corner to open the scoring.

Chasing the game, the Hoosiers opened the match up and won a corner in the 32nd minute. With the ball bouncing in the box, it was former NC Fusion U-23 holding midfielder Pat McDonald that laced a volley with his weaker right foot from the left side to level the match through a sea of defenders.

The Orange didn’t take long to respond. Only 80 seconds after the equalizer, it was Opoku finding space again, this time on the left side of the box. He put in a cross that found the boot of AFC Ann Arbor midfielder Curt Calov, who rocketed it into the back of the net, delivering the third goal of the first half between the sides.

The match went to the half with the advantage to Syracuse, and it would be another 34 minutes until we saw action at the goal line again. After a close call at the Orange goal line, Indiana made good on the pressure they were applying as Minneapolis City midfielder Herbert Endeley ripped a magnificent shot into the top corner of the net to level the match with only ten minutes remaining.

Both teams had a penalty saved in the second round, but in the end, it was a big save for Russell Shealy and a scored penalty for One Knoxville SC’s Amferny Sinclair to give Syracuse their first-ever national title.