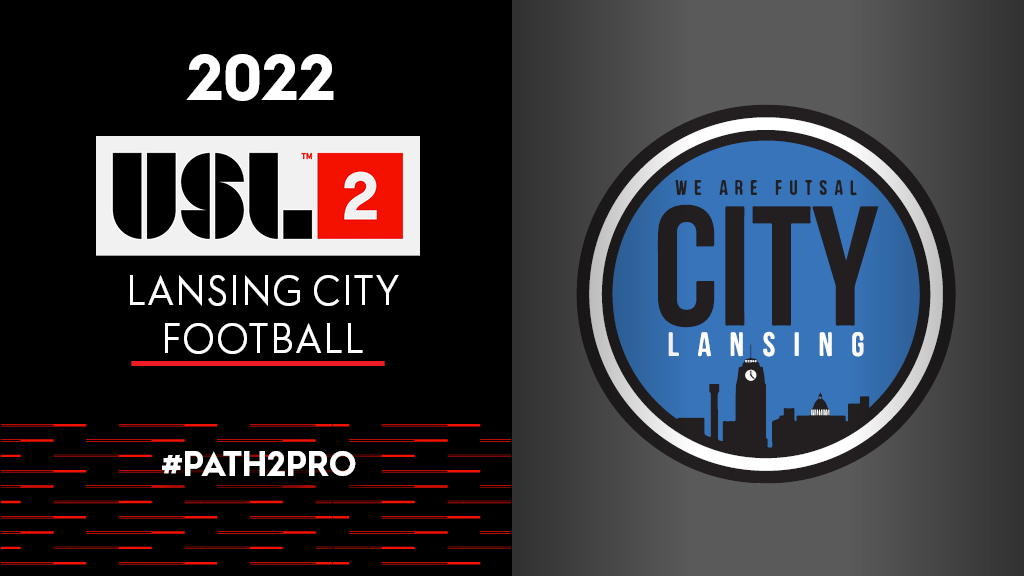 “Lansing needs more culture around entertainment and artistic expression and we see sports as a part of that,” said Jeremy Klepal, President & Owner of Lansing City Football. “We have been successful in providing a platform for Futsal to flourish in this city. Now, we want to do the same with soccer. We see USL League Two as a platform that will allow us to help build a strong soccer culture in Lansing.”

Lansing City Futsal was founded in 2016 as Lansing’s first and only professional Futsal club and youth academy. Since its inception, the club has operated under the mission of growing the sport of Futsal in Lansing and its surrounding areas by providing a development platform for both youth and professional players to explore careers in the sport. As a result of its success, the Michigan-based club will launch a new part of its programming that will provide athletes in the city of Lansing access to pre-professional careers in soccer through membership in USL League Two.

The new Path2Pro club prides itself on its culture of honor and ability to partner with local organizations to build credibility and rapport within its thriving community. During the 2022 season, the club will look to maintain a consistent presence within the community by hosting match days that provide a space for family gatherings and local businesses to grow while allowing players to develop through an elite level of competition.

In joining League Two, Lansing City Football will offer a tried and tested pathway to professional soccer for its players, both those at the collegiate level and the top academy-age players in the greater Lansing area. On top of the valuable experience of playing in the nation’s most competitive pre-professional environment, League Two also provides growth opportunities for Lansing City Football’s coaches, executives and fans.

“We are excited to bring on Lansing City Football for the 2022 season,” said Joel Nash, Vice President of USL Youth & Pre-Professional. “The club has a strong presence within the Futsal community and is looking to expand its offering to the soccer community within Lansing. We are sure that the club will find great success in its new programming and we look forward to seeing all that the club and its leadership will accomplish in its inaugural season.”