St. Louis Lions SC to Compete in USL W League in the 2022 Season 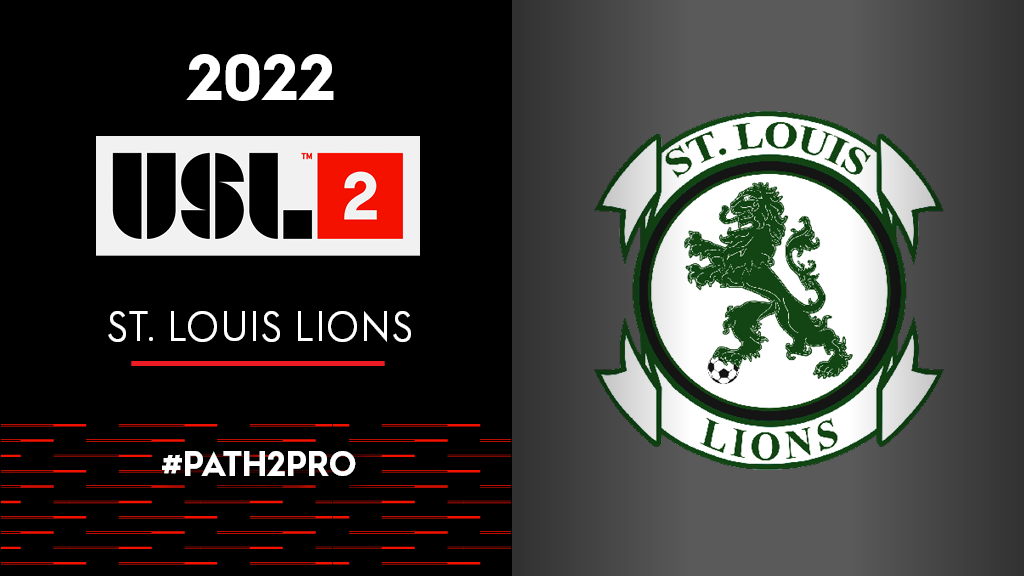 ST. LOUIS, Mo.- The United Soccer League (USL) today announced the St. Louis Lions SC as the latest club to join the W League for its inaugural season in 2022. In addition, the Missouri-based club will return to play in League Two’s Heartland Division for the upcoming season.

“We are very excited about joining the USL W League in its first year,” said Tony Glavin, President and Head Technical Director of the St. Louis Lions SC. “We are proud to be part of the USL organization and look forward to competing and helping to make this league a great platform for our players to move on to the next level.”

Founded in 2005, the St. Louis Lions SC was formed as a part of the long-standing TG Lions Academy to support players looking to pursue pre-professional careers in soccer in the greater St. Louis area. The club prides itself on its inclusive nature, providing opportunities for all players and helping to develop those players to their highest aspirations within the game. Through hard work and dedication, the club strives to build on its long-standing history in the sport of soccer to continually improve and seek to be a destination club for elite athletes in Missouri.

Through its history in women’s soccer, the St. Louis Lions have produced a number of professional athletes and leaders within the women’s side of the game. Maddie Pokorny, currently playing in Denmark for HB Koge, and Mary Niehaus, currently playing for AS Monaco in the French Division 1 Féminine, are among the ranks of St. Louis Lions SC greats and continue to support the club in its efforts to grow pre-professional women’s soccer in the U.S.

“We are excited to welcome the St. Louis Lions to the USL W League for our inaugural season,” said Betsy Haugh, USL W League Director of Operations. “The club has produced great talent in the women’s game and is a great addition to our league.”

In joining the W League, the St. Louis Lions SC will build on its success in the women’s game by providing players, coaches and staff advanced opportunities to continue to play, work and coach in women’s soccer. Players will now have additional access to competitive gameday environments, career development resources and an established pathway to the professional realm all within the USL ecosystem.