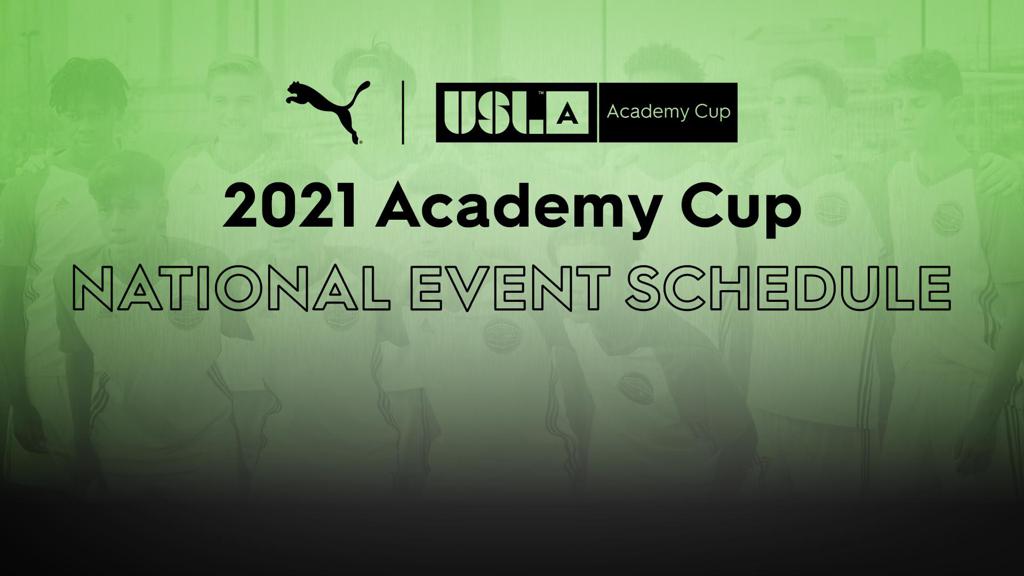 TAMPA, Fla. - The United Soccer League (USL) announced today the schedule for the 2021 USL Academy Cup National Event, presented by PUMA. All three age divisions, U-13 Boys, U-17 Boys and U-17 Girls, will take the field on May 28 at the Hillsborough County Tournament SportsPlex to determine who will reign supreme among the best youth talent in the nation.

“As we gear up to take the field in less than a month, we are excited to watch the first-ever USL Academy Cup National Event come to life,” said Liam O’Connell, Technical Director of the USL. “This event will serve as a testament to the tremendous work being done by USL clubs across the country in developing local players and building pathways to pro soccer. Now that it is right around the corner, we are more prepared than ever to offer a first-in-class experience for our players and clubs as they compete to raise a USL Academy Cup National title.”

This year’s event will feature 76 teams representing 37 clubs from Major League Soccer, USL Championship, USL League One and USL League Two, with each age group split into two to three divisions. The Elite, Premier and Select Divisions will ensure competitive balance and maximize growth opportunities for each participating club.

“Looking at the competition structure of our first USL Academy Cup National Event, each team will compete in a World Cup style schedule,” said Ryan Spurr, USL Academy Operations Manager. “Teams will begin the tournament in groups of four, playing each team in their group once. From there, the top two teams from each divisions’ group stage will advance to that divisions’ respective final.”

The first variation, which resembles the Academy structures of clubs such as the USL Championship’s Charlotte Independence and Major League Soccer’s Inter Miami CF, will see a club carry out the entire developmental pathway using the clubs branding throughout each level. For the most part, the club’s Academy Cup team will be directly formed from the ranks of youth talent within the club itself.

The second variation allows for USL clubs to affiliate with local youth clubs to form a team that will represent the senior club during the USL Academy Cup. This structure can be observed through Ironbound SC’s Academy Cup teams, who will represent the New York Red Bulls (NYRB) during the national event. The youth club is a long-time affiliate of NYRB, having aligned their player development practices with that of the Red Bull’s methodologies and having developed current pros and U.S. Men’s and Youth National Team players such as Tyler Adams and John Tolkin.

The third and final structure offers Academy Cup teams the option to create an all-star team based off of a “club and country model”. Teams such as USL Championship’s Orange County SC and League One’s Greenville Triumph SC utilize this variation to pull together a team of the best local talent from the region to represent the club during Academy Cup play. This structure also has the added benefit of allowing youth players to train with the Academy Cup team while also continuing training with their respective youth organizations.

The inaugural USL Academy Cup National Event aims to provide its players with more meaningful competition throughout the season and chances to be identified as quality players through scouting efforts. This year’s Academy Cup will offer players the chance to be scouted by college, professional and Youth National Team scouts as the USL looks to enhance its talent identification offerings for youth players through the use of virtual streaming and an increased network of scouts. Not only will the Academy Cup offer chances for these players to progress their game to the next level, it will also provide a platform for players to test their skills among the best youth talent in the nation.