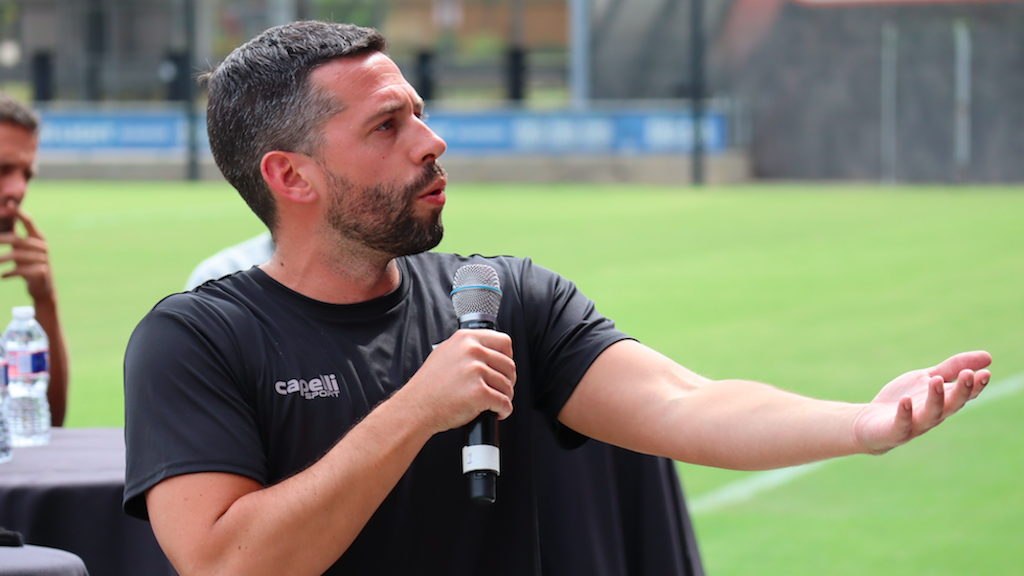 After the success of the first two USL Academy Cup events in late 2019 and early 2020, the next exciting step in the growth of the elite youth development platform is the launch of the USL Academy League this spring. The regional alignment for the Academy League’s inaugural season was confirmed last October, and multiple clubs from the USL Championship, League One and League Two have since announced their plans to participate in the competition.

We sat down with USL Sr. Director of Youth Development Liam O’Connell for an update on where USL Academy has been, where it is, and what’s ahead this year.

Q: The last big news we heard about the Academy League was the announcement of the inaugural regional alignment, and the league has since added more members. What’s the state of the league look like right now?

LO: We’re excited to have seven regional divisions kicking off in 2021. Back in December, we met with the directors of each of the clubs in these divisions and conducted a vote to determine when each region could be ready to play this spring, based on local guidelines and the continued uncertainty of the COVID-19 crisis.

From there, we acknowledged that we would reconvene each region following the Board of Governors meetings for the USL Championship and USL League One to make final decisions on the Academy League competition format. Those Board of Governors meetings took place in late January, and resulted in the confirmed season formats for the Championship and League One being announced.

Q: Why was it so important to wait until those Board of Governors meetings to determine the Academy League schedule?

LO: From Day One, it was our intent for our Academy League schedule to align with the schedules of the USL senior divisions whenever possible. This strategic alignment is a signature part of the USL Academy platform, and it’s one of the aspects that makes the Academy League unique in American soccer.

Q: What’s next for the Academy League? Is there any insight into the plans for 2021?

LO: We’re planning for all regional divisions to kick off sometime between April and June, and we anticipate decisions on specific start dates for each region to be made at some point this month. As with the Championship and League One, our member clubs voted for flexible start dates given the fluidity of the COVID-19 crisis, and the differing health and safety restrictions in the more than 50 communities which USL Academy programs call home.

As we begin the scheduling process this month, we also plan to release information on the player registration process so our clubs can get their Academy training programs up and running as soon as possible.

Q: The first two USL Academy Cup events were very successful. What did that tell you about the potential of this platform?

Ultimately, the players showed their belief in those pathways too, and that was evident in the high quality of play at the events. Multiple players from those events have since signed Academy and professional contracts with their USL senior teams, including San Antonio FC’s Leo Torres, Orange County SC’s Raymond Drai, and Louisville City FC’s Elijah Wynder. The buy-in that our clubs showed at those events made us confident that the Academy League model is going to be very successful.

Q: Is there any other exciting news on the horizon for the USL Academy platform?

LO: It’s incredibly promising that we’re expecting a large number of clubs across all three USL senior divisions to participate in the first-ever USL Academy Cup National Event this year. We hope to announce those clubs, as well as more information about that event, later this spring.