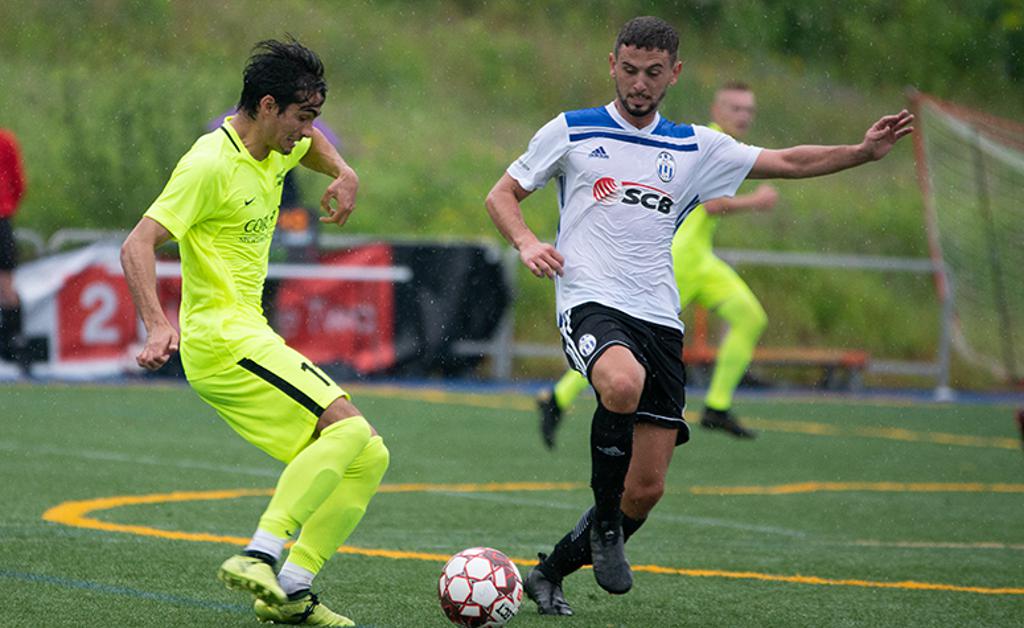 Last spring, the 2020 USL League Two season was one of many soccer cancellations during the COVID-19 pandemic’s initial days.

But with the 2021 season roughly four months out, local clubs in the Northeast Division are optimistic that competition will return to fields around New England.

Teams in the summertime league typically play 14 games from May through July, as followed by a playoff format that carries into August. Paul Baber of Seacoast United said there could be a small delay, but they’re currently forging ahead.

“I do think there will be a league, we’re definitely planning on it,” Baber said. “I would be surprised if things started when they tend to start, and I’ll be surprised if clubs are made up of rosters that they historically have been. I could see Seacoast signing, for lack of a better term, a local team based on who we can realistically bring in during COVID.”

After Global Premier Soccer (GPS Portland Phoenix) shut down in June, there are five USL League Two teams from New England remaining: AC Connecticut, Black Rock FC, Boston Bolts, Seacoast United Phantoms and Western Mass Pioneers. Black Rock and Western Mass have both qualified for the U.S. Open Cup in recent years, so the on-field product can be quite high when these youth and college-aged players clash.

Jon Moodey, CEO of Black Rock FC, said they’re “moving ahead with their planning process” to finally play at Applejack Stadium in Manchester, Vt. They were slated to open there in 2020, but the pandemic put plans on a one-year hiatus.

“We intend to play, and I certainly feel more optimistic now than last year,” Moodey said. “Maybe that’s foolish, but with the vaccine and having lived through a fall of administering youth soccer and prep soccer in the COVID environment, I’ve realized it can be safe if it’s done carefully. I feel optimistic that the league will run, we’re planning on it, we’re excited for it.”

While details are scarce at this juncture, more are expected to arise after the USL’s annual general meeting in the middle of January. Normally held in Florida, the event will be conducted virtually in 2021.

One topic will be who becomes the sixth team in the Northeast Division. The Westchester Flames coming up from the Metropolitan Division and expansion side FC Malaga City New York joining were both floated as possibilities.

However those details come together, AC Connecticut general manager Robin Schuppert said their division’s geography will be a benefit. It’s especially important as teams deal with state-by-state travel protocols amid the pandemic, which is an ever-fluid situation.

“The good part about our division is we’re all very close in proximity,” Schuppert said. “If I think of the Midwest conferences, there are teams out there that are driving 16 hours each way for games. If the division stays like last year, our furthest trip is only a few hours. We’re all close, but what’s a challenge potentially is traveling out of state. If the season started tomorrow, there are the question marks of what you can do with crossing borders as a U-23 team and how the regulations apply.”

As USL League Two teams assemble their rosters, they’re bound to be more local-heavy. Clubs often house out-of-state and international players near their home stadium, which might be harder to do during the COVID-19 pandemic.

“You’ll probably see more clubs stick with some local players and maybe not necessarily bring in 10, 12, 15 players from out of state and across the country,” Schuppert said. “There’s all the uncertainty with travel, plus players could just want to go home after a long year. You don’t know what international players are doing either.”

As Schuppert noted, it’s a work in progress. By mid-spring, however, rosters should gain more clarity.

“There’s the bigger question of COVID and who can travel, what’s going on in the life of each individual player,” Moodey said. “So our goal this month is to circle around to players who are on our preferred roster, our intended roster and see if it works for them with everything going on.”

Should the 2021 USL League Two season not occur, players could seek other summertime options. The fourth-division slate gives them meaningful and valuable minutes before their college season, a role that’s particularly heightened after spending months on the sidelines.