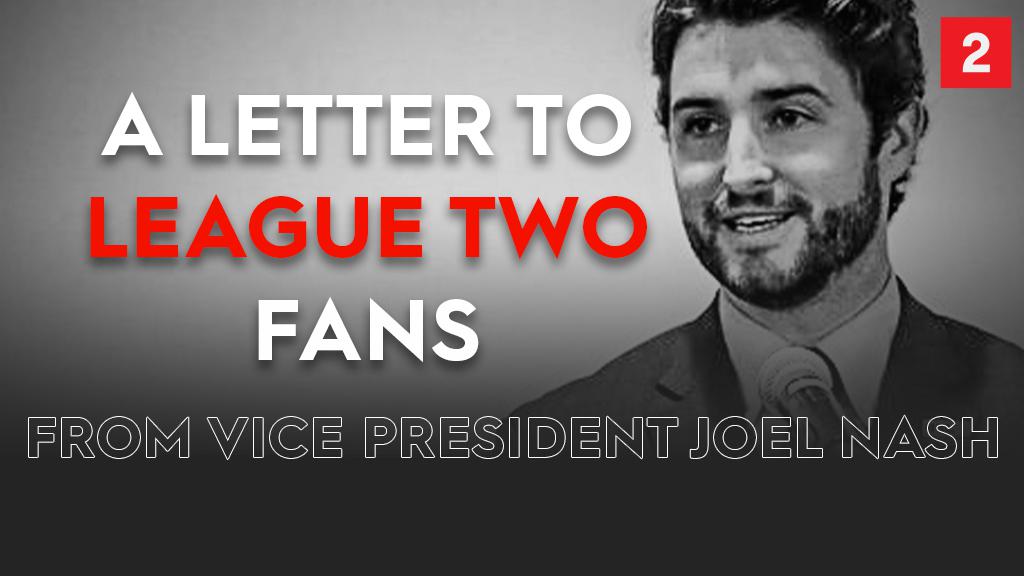 After a tremendously successful 2019 season, 2020 quickly became a year where we were all made to focus on things much more important than soccer. However, despite the challenges, I could not be more proud of the collective resolve our clubs, staff, and supporters have shown.

While we missed the moments, camaraderie and action, our clubs showed an incredible capacity to be more than soccer teams. AFC Ann Arbor made its voice heard in the fight for social justice. In the midst of a pandemic, San Francisco Glens SC once again proved themselves to be a resource to those in need, while also encouraging community members to register to vote. Mississippi Brilla FC ensured its beloved summer soccer camps would still take place, sending equipment to campers and virtually leading them through activities.

Across the world, League Two alumni continued to be living proof of our clubs’ ability to develop future professional soccer players. Over 700 League Two alumni competed in Major League Soccer, the USL Championship and USL League One in 2020. On the international stage, Chris Mueller -- who played for both the Des Moines Menace and Chicago FC United before joining Orlando City SC -- became the 80th League Two product to appear for the U.S. Men’s National Team, marking his debut with a pair of goals.

Now, as we look ahead to 2021, I’m pleased to say that the state of League Two is still strong. In addition to the 16 teams that joined the league last year with the intention of playing their inaugural seasons in 2020, another 10 have since been announced for 2021 with more still to come. During this upcoming season, the League Two landscape will feature more clubs than any season that came before it.

That means more people experiencing local, high-level soccer in their communities, and more young players having access to the league’s platform as they pursue their dreams of playing professional soccer. It’s not hyperbole to say that the next Josh Sargent, Gyasi Zardes or Jordan Morris could be playing in your town, for your team, this summer.

There is still a great deal of work to be done by all of us in the months between now and the start of the 2021 season, but the league and its clubs are poised and ready as we continue to work together to navigate these unprecedented times. Thank you to everyone who has continued to support League Two this year, and I wish each of you a happy and healthy New Year. I can’t wait to see you all again soon.